Vision:
To empower youth for life.

Young Actors Theatre was founded in 1976 by Charlotte Kaufman, an NYC actress who made her home in the midwest. From 1976 to 2005, YAT brought classic theatre training to 60 school-age students each year. Two of those students were Justin Wade and his sister Catherine, who saw something special in YAT and began assisting Charlotte with the organization. Justin assumed the role of Executive Artistic Director in 2005.

With a new team of theatre educators and creative minds, YAT began to soar. Justin honed his craft as an educator, and began to develop a new approach to theatre training. Theatre education could be more. It could be used to teach larger lessons, and build lifelong learners. After a long brainstorming session with the YAT board, we had the makings of something new: a foundation for everything we would build with our students.

This is the foundation for a new kind of youth theatre performance.

And each performance is
built on five elements:

We decided: out with the pre-bought scripts, out with the monologues, out with waiting backstage 95% of the time. By incorporating world-class theatre trends like physical theatre, devised theatre, and site-specific theatre, an original brand of arts education was born in Indianapolis. 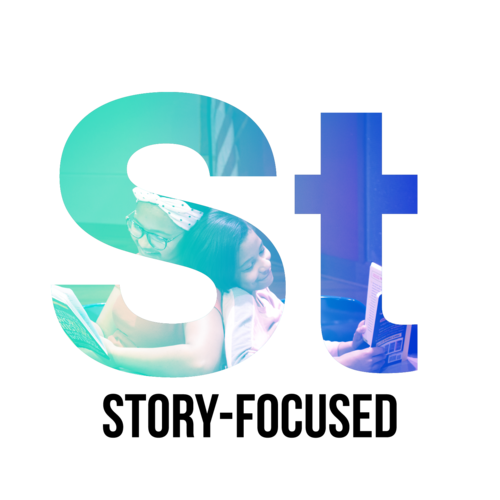 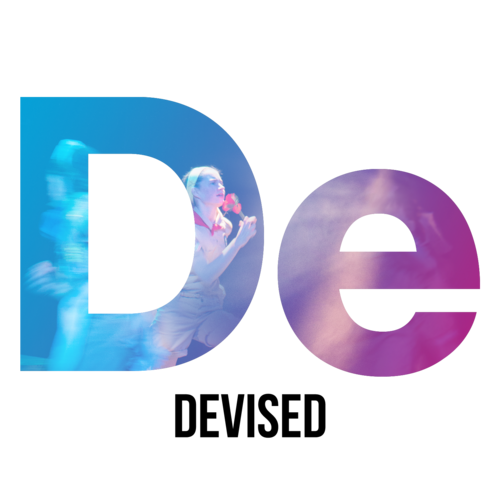 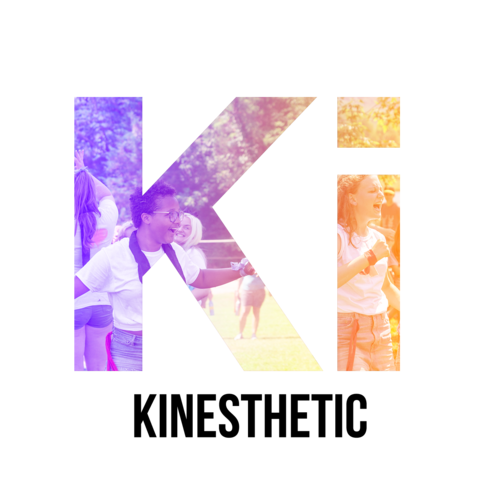 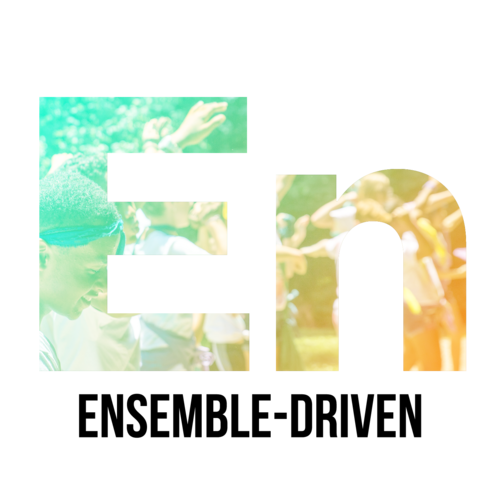 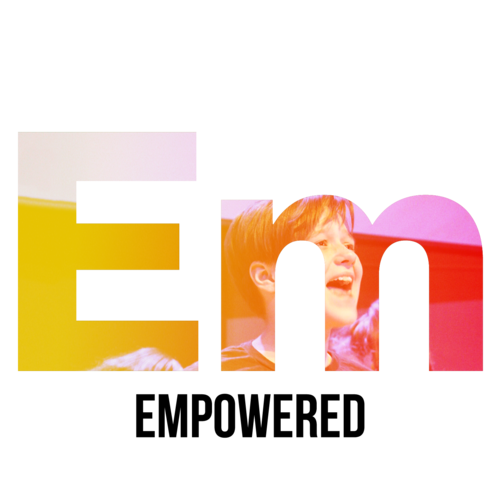 Today, everything that we do is
Self-Empowerment Theatre.

To empower youth for life.

Since 2005, Young Actors Theatre has transformed into the largest youth theatre in Indianapolis. Last year, YAT brought Self-Empowerment Theatre to nearly 2,000 students and reached over 10,000 audience members across the state of Indiana. We work directly with youth approximately 350 days a year, and on average 75-80 hours a week. With a home base in Downtown Indianapolis and performance sites across the greater Indianapolis area, we work to provide more than a stage to the youth we serve.

We are more than a theatre. We are a training ground.

The minds behind YAT 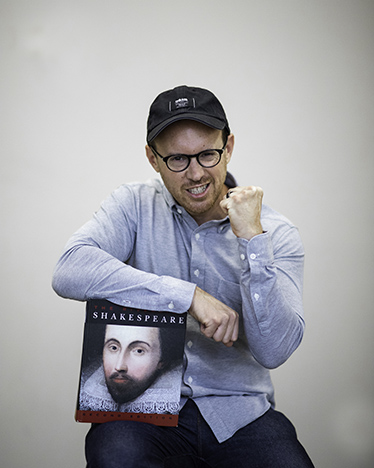 Justin Wade has served as the Executive Director of Young Actors Theatre in downtown Indianapolis since 2005. Since then, Justin has produced over 400 youth productions featuring Kindergarten-12th graders, and he has revolutionized the way Young Actors Theatre tells stories as well as the stories we tell. With a team of dedicated artists and educators, Justin has developed Self-Empowerment Theatre, where we use theatre to instill confidence, creativity, and discipline. Instead of buying scripts from Broadway plays and reproducing them, Justin has introduced the technique of devised theatre to help students work with their directors to write their own plays about topics that matter to them. He embraces theatre by youth and for youth as a uniquely powerful educational tool for everyone – not just theatre kids. Everyone wants to experience greatness, and the process of collaborative storytelling teaches us all about the inevitable struggles on the path to success, and how we can tackle them together.

Justin considers himself an educator first and foremost and has spent over 20,000 hours in the classroom teaching and learning theatre education. This doesn’t keep him from being an extremely effective leader. Under Justin’s direction, Young Actors Theatre has increased its operating budget by over 40 times and has gone from serving about 60 students every year to teaching Self-Empowerment Theatre classes to 1980 students this past year. He has clarified the mission, methods, and core values of Young Actors Theatre, allowing us to measure our success more clearly. Most recently, he participated in the prestigious Stanley K. Lacy Executive Leadership Series and is deeply dedicated to addressing the issues that drive Indiana, opening up each conversation to adults and youth alike. Justin has overseen a full restructuring of YAT’s programs, leading to our new model of every performance for 4th – 12th grade dealing with a relevant social issue. Justin is using theatre as a conversation starter to help Indianapolis youth and all citizens consider all the angles on issues like anxiety, the pressures of social media, violence, and the opioid crisis. He envisions, and is working towards, an Indianapolis full of empathetic individuals and effective collaborators, building our own story as a creative and inclusive community.

Justin invites you to read more about his personal story of overcoming heroin addiction, and to hear him speak on the topic of theatre as a powerful disruptor in education. 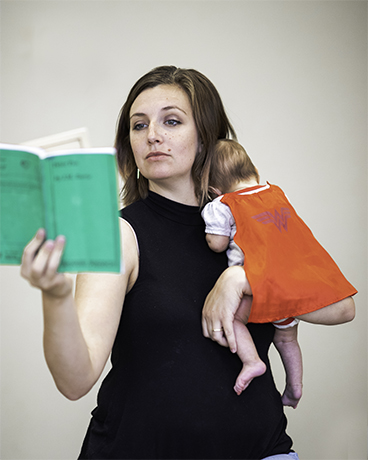 Georgeanna Smith Wade is the Artistic Director of Young Actors Theatre. She began her career at YAT as an assistant to Justin in school programming before becoming a Director. She became the Head Acting, where she began to work on the development and implementation of Self-Empowerment Theatre. As the Associate Artistic Director, she created and implanted The Court, YAT’s social issues performance group that has performed all over the state. She has been the Artistic Director since 2017, where she manages the day to day operations and artistic programming at YAT. A cum laude with high honors graduate of the Jordan College of the Arts at Butler University and the Phoenix Theatre’s Meisner Training Program. She is the former Executive Artistic Director of the award winning organization, NoExit Performance, which NUVO Newsweekly has called “Indianapolis’ most adventurous theatre group.” When Georgeanna took the helm of NoExit, the company grew from two members to nine, increased the annual operating budget from $5,000 to $50,000, began producing full seasons, and boasted some of the most critically acclaimed of any performance group in Indianapolis. She is also a co-founder of Summit Performance Indianapolis, Indy’s first professional women focused theatre company. She continues as a company member of NoExit and continues to work as a free lance actress throughout the city. She was named one of IndyStar's Top 15 to watch in 2015, as well as being named as on of 2013’s “Most Compelling Performance Artists” by The Examiner. She was a recipient of the Indiana Arts Commission’s Arts in the Park grant in 2016. She received numerous collegiate awards and studied in St. Petersburg, Russia with internationally renowned director Alexander Anisimov. She was formerly a lead actor/interpreter at the Children's Museum. She has studied with Brian Bedford, Dan Kamin, Anne Bogart, Kristin Linklater, Joe Goode, and more. A former dancer, she has trained at the Academy of Dance Arts, the Jordan Academy of Dance, Gary Geis Dance Company, and Gregory Hancock Dance Theatre. She has been seen onstage at the Children's Museum, the Indianapolis Symphony Orchestra, the Indianapolis Museum of Art, NoExit, Q Artistry, Eclectic Pond, Defiance Comedy, SiteLines, Susurrus Dance, among others. She is a published author on the topic of creating museum programming for actors (IMTAL journal), as well as a featured presenter at the International Museum Theatre Alliance conference. An experienced director, Georgeanna’s work has been praised by critics city wide. She has previously worked with students at Pike High School, Fishers High School, Heritage Christian School, the Project School, Christel House Academy, and Herron High School. Georgeanna is also a certified Pilates instructor and a Black Belt in Taekwondo. 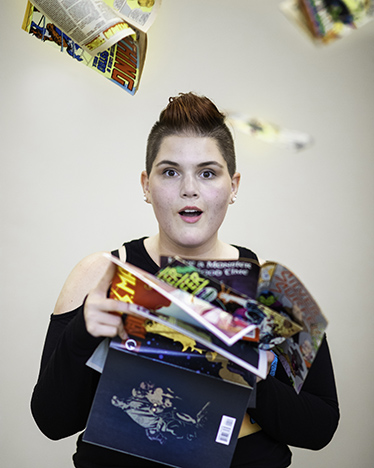 Gara Gaines is all about encouraging people to be fully enthusiastic about what they love. After graduating from Hanover College, she moved from Nashville, TN, to Indianapolis and began exploring its rich nonprofit sector. As Associate Artistic Director for Young Actors Theatre, she serves as a director for several YAT classes, including our K-3rd grade Sandbox program. She also organizes registration, develops educational materials for performances, heads the social media team, and treats the job responsibility "assists in other areas as needed" with the deepest respect and enthusiasm. 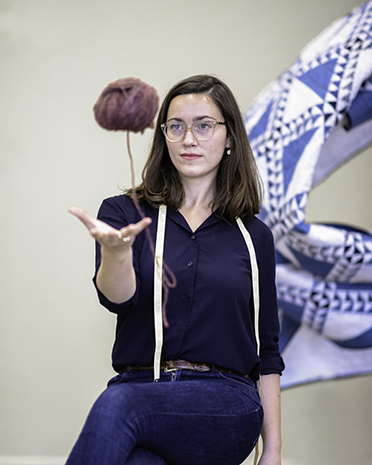 After growing up in Indianapolis, Lillian attended Yale University in New Haven, Connecticut, where she studied the History of Art with a focus on Baroque painting and sculpture. She served as the costume designer for the Opera Theatre of Yale College for three years and designed costumes for several other theatrical productions. After two years in the jewelry and diamond industry in Boston, Lillian has returned to Indianapolis to dedicate herself to the local arts community. At Young Actors Theatre, she is working to expand the scope of Self-Empowerment Theatre by handling day-to-day business needs; she is also YAT's grantwriting powerhouse. Her spare time is spent on the textile arts, including knitting, quilting, and tatting.

Want to experience it for yourself?